Cyrus is based on decades of work in protein structure prediction, molecular modeling and protein design.

Rosetta is the world leader in computer design of proteins, and has achieved a number of “firsts”, including the first full-computationally designed and experimentally verified protein and the first protein-binding protein designed in a computer. 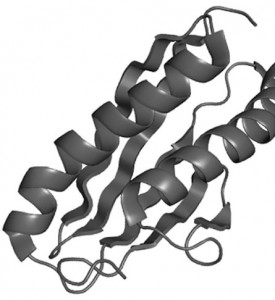 Rosetta in Bench is able to design for protein stability or immunogenicity. Rosetta has demonstrated a number of methods to computationally stabilize candidate biologics, including some in clinical trials (Korkegian, Science, 2005). More recently a variety of methods of automated the process of enhancing protein stability in Rosetta (Lau, JBC, 2018). Rosetta has the built in ability to detect likely immunogenic epitopes using a machine learning algorithm, as well as the unique ability to computationally remove those epitopes while leaving wild-type protein activity intact (King, PNAS, 2014).

Rosetta has been developed over the past 16 years, beginning at the lab of Prof. David Baker at the University of Washington, and at over 30 other labs around the world. Rosetta began as a tool for protein modeling, combining knowledge-based and physical modeling approaches with a consistent focus on actionable experimental results. Over the last 10 years Rosetta has evolved into the world-leading tool for computational protein design.

Rosetta primarily uses Monte Carlo based sampling using knowledge of protein structure from the protein data bank (pdb). Protein backbones are primarily modeled using “fragments” derived from the pdb using an array of powerful bioinformatics tools, for example BLAST — all of which is built in to Cyrus Bench behind the scenes. Protein sidechains are modeled using the now 30-year-old “rotamer” concept, with constant refinement over the years.

Rosetta uses a combination of physical and knowledge-derived potentials to score proteins during modeling and design. For example, a physics-based coulombic potentials is employed, and statistically-derived hydrogen bonding potential. Each protocol is highly tuned on large amounts of experimental data, often with custom scoring methods, and has been tested multiple times in real experimental contexts. For example a method to predict mutational free energies (Kellogg et al, Proteins, 2011) is tuned on large experimental datasets before deployment in Bench.

In the half century since 1963, when Ramachandran published his seminal study of conformational preferences in the protein backbone, massive improvements in the ability to predict small molecule and protein conformations have been made. Initially, the bulk of work in the field of computational modeling and design was focused on developing a reliably predictive energy function that is derived from the fundamental physics of molecular interaction. The energy function is the calculation at the core of any simulation of a molecule, so a predictive function forms the basis of any useful simulation. This function was combined with approaches such as energy minimization, molecular dynamics and Monte Carlo, to 1) reproduce the rapidly expanding pools of publicly available experimental X-ray crystal structures and of increasingly-precise quantum mechanical predictions and 2) make prospective predictions (binding energies to screen lead compounds, structures to generate lead compounds or understand SAR, dynamics to understand target molecules in physical detail thus generating better leads).

The relative inattention to potentials and methods that could allow redesign of proteins themselves started to change rapidly in the late 1990s. Astounding advancements in our understanding of biologics (proteins as drugs), including the identification and optimization of monoclonal antibodies, opened new paths to drug discovery. Subsequently, an increasing number of biologic drugs were identified and brought to market, many of them major blockbusters. Biologic drugs now account for roughly a third of all commercial pharmaceutical revenues–seven of the top ten best-selling drugs in 2017–and about half of commercial research budgets, and those fractions are expected to continue to increase.

With the heightened focus on redesigned proteins as drugs, diagnostics and enzymes, there is a concomitant increased need for computational tools to aid in protein design. While the tools developed over the decades for small molecule design provide a starting point, protein design presents its own challenges that require new scoring functions and approaches. In particular, protein design requires that we be able to sample very large numbers of possible changes in both sequence and conformation (typically hundreds of thousands, and frequently millions) in order to reliably characterize potential designs.

Standard approaches developed for small molecule design (e.g. minimization, molecular dynamics, free energy calculations), which are rooted in a high resolution physics-based energy function and (typically) an all atom explicit solvent representation of the system, are simply not practical for reliable protein design. They are computationally too costly to allow examination of the necessary numbers of changes necessary to derive satisfactory search convergence. Most widely-used molecular design platforms—including all of the popular commercial platforms outside of Rosetta/Bench—therefore have limited ability to carry out robust protein redesign.

Rosetta/Bench is different. The scoring function reflects not only the core physics of the traditional energy function, but also incorporates terms that have been inferred from careful statistical analysis of the Protein Data Bank (Alford, JCTS, 2017). The resulting function is thus a hybrid physical/statistical scoring function which– through careful calibration–obviates the need for explicit solvent and is predictive even for reduced atomic representations. The scoring function in Rosetta / Bench is coupled with sophisticated algorithmic methods to further improve calculation efficiency. The scoring function and algorithmic methods are integrated in a Monte Carlo approach, which allows additional improvements in efficiency, through use of finely tuned rotamer libraries and clever mutation moves. The implementation of Monte Carlo in Rosetta/Bench has been carefully coded to allow optimal parallelism.

The net result of these optimizations (scoring function, algorithmic methods, specialized Monte Carlo moves) is the ability to sample orders of magnitude more changes in sequence/conformational space than is possible using the approaches in most software packages or even laboratory screening/display technologies.

Abstract: Software to predict the change in protein stability upon point mutation is a valuable tool for a number of biotechnological and scientific problems. To facilitate the development of such software and provide easy access to the available experimental data, the ProTherm database was created. Biases in the methods and types of information collected has […]

Abstract: Highly coordinated water molecules are frequently an integral part of protein-protein and protein-ligand interfaces. We introduce an updated energy model that efficiently captures the energetic effects of these ordered water molecules on the surfaces of proteins. A two-stage method is developed in which polar groups arranged in geometries suitable for water placement are first […]

Abstract: The voltage-gated potassium channel KCNQ1 (KV7.1) assembles with the KCNE1 accessory protein to generate the slow delayed rectifier current, IKS, which is critical for membrane repolarization as part of the cardiac action potential. Loss-of-function (LOF) mutations in KCNQ1 are the most common cause of congenital long QT syndrome (LQTS), type 1 LQTS, an inherited […]

Abstract: The translocator protein (TSPO), previously known as the peripheral benzodiazepine receptor (PBR), is a membrane protein located on the outer mitochondrial membrane. Experimentally-derived structures of mouse TSPO (mTSPO) and its homologs from bacterial species have been determined by NMR spectroscopy and X-ray crystallography, respectively. These structures and ligand interactions within the TSPO binding pocket […]