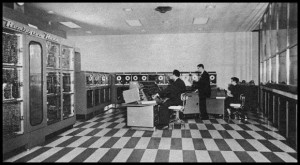 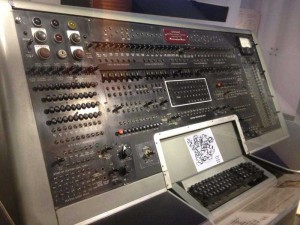 “The best part is how easy it is to use! I just startup the generator, rebuild the broken vacuum tubes, initiate startup procedures, finalize boot loading, set switches 7 through 1028 and then press the red button and turn the key” said ROSVAC-2 beta tester Steve Smith of the USAF. “Three months later I have results I can use.”.
“Why run on the cloud when you can have a ROSVAC-2 installed on-site in a dedicated room for only a few million bucks?”, says user John Jacobs at General Electric, “last time I checked its not raining!”.
Cyrus is taking orders for ROSVAC-2 now! Installation at your facility complete in 12-18 months. Prices start at only $15 million, and support contracts are available. Cyrus is also offering a 6 month training course at ROS-U for corporate technicians.
Thanks for reading! If it is not already clear, Cyrus is not really launching a ROSVAC-2, but is in beta testing for our  best-in-class cloud-based protein modeling and design tool, Cyrus Bench based on Rosetta, with general release in mid 2016. Contact us at info@cyrusbio.com if you would like to learn more.
https://cyrusbio.com/wp-content/uploads/CyrusLogoStaggeredWhite.svg 0 0 Joe Ylagan https://cyrusbio.com/wp-content/uploads/CyrusLogoStaggeredWhite.svg Joe Ylagan2016-04-01 15:56:132016-04-01 16:00:36Happy April 1! Announcing Cyrus ROSVAC-2!

SparksX, combined with Rosetta from David Baker’s lab at the University of Washington (UW) and licensed to Cyrus, leads the competition in protein homology modeling, both in the biennial CASP and weekly CAMEO “blinded” competitions.

SparksX, developed by Zhou and his team, recognizes protein folds and identifies “deep” (difficult to detect) protein sequence similarity, or homology, better than any other software package, winning first place in CASP 6.

“As a powerful tool for molecular modeling, SparksX is positioned to help further establish Cyrus as a leader in the drug development space. They have a suite of products that were originally developed through academic work across multiple universities, and Cyrus is a fine example of how startup ventures can further the impact of such research and translate these developments into the marketplace. We are delighted to partner with the Cyrus team to bring the SparksX software to market”, said Marie Kerbeshian, VP of Technology Commercialization at IURTC. 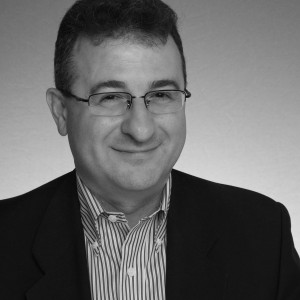 Cyrus is thrilled to announce the addition of Rosario Caltabiano to our Executive Team as Executive VP of Sales.

Rosario is a fervent customer advocate and successful professional with a high level of integrity. He brings over fifteen years of experience in sales and management with a consistent and successful growth track record, having worked in small and large companies, including Accelrys, IBM, and Interactive Supercomputing. His strong focus on bringing computationally intensive, scientific software to R&D organizations is a winning formula for Cyrus Biotechnology and its valued customers.

At Accelrys, a leading provider of enterprise scientific software to the Biotech, Chemical and Pharmaceutical industries, Rosario more than doubled his business in just three years, and was the top performer company-wide in 2012. At Interactive Supercomputing, a start-up offering parallel computing software, Rosario’s team acquired 50 new US customers in just two years. At IBM, Alliant Computer Systems and SGI, Rosario had strong exposure to in-silico molecular simulation software and collaborated with scientists and researchers in various technical and sales roles.

Cyrus Biotech’s CEO, Lucas Nivon, was interviewed at the WBBA’s LSINW, talking about software opportunities in the cloud for the Biotech and Pharma industries.

Geekwire profiles our licensing of Rosetta software and our plans to develop an easy-to-use version of Rosetta aimed at working scientists. Geekwire Article

Announcing Cyrus Biotechnology’s licensing of Rosetta software from the University of Washington, and our initial funding! We are thrilled to be launched with terrific support from everyone at the UW, especially David Baker and his IPD and UW’s CoMotion technology transfer office.